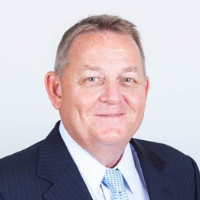 Adam Singer, M.D., is a highly successful physician and healthcare entrepreneur. As the CEO of ABS, he has led ABS to become a highly regarded provider of services for children with Autism Spectrum Disorder while expanding ABS’ reach into California, North Carolina, and Utah.

In 1991, he was a pulmonologist in private practice when he acquired and later merged with two other pulmonary physician practices to become part of Consultants for Lung Disease, Inc. Over the next 20 years he served as a director, chairman, and CEO of IPC Healthcare (previously known as IPC-The Hospitalist Co.). Dr. Singer led IPC through venture capital funding, an initial public offering, and its acquisition by TeamHealth. At the time, IPC had more than 1,900 physicians, nurse practitioners, and physician assistants at over 400 hospitals and 1,700 post-acute care facilities.

Back to Executive Team